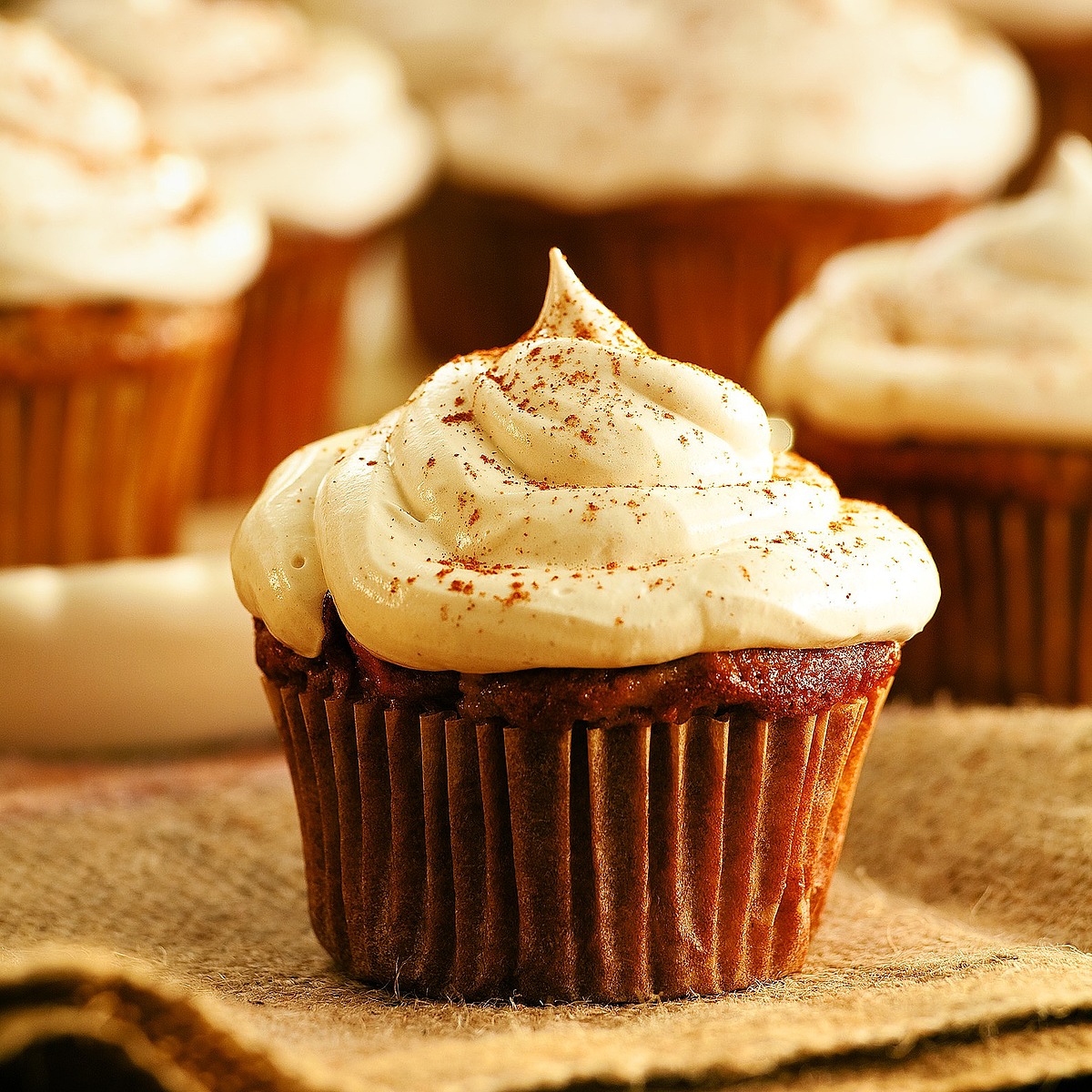 Serving: 12.0
Prep Time: 1 hour
Cooking Time: 2 1/2 hours (including cooling time)
Shredded apple replaces some of the oil and keeps the cake moist in these cinnamon-spiked cupcakes. There is a generous amount of fluffy marshmallow frosting to mound or pipe on top for a festive look. Be sure to frost them right after you make the frosting—it stiffens as it stands and becomes more difficult to spread.
Recipe By

1. To prepare cupcakes: Preheat oven to 350°F. Line 12 (1/2-cup) muffin cups with cupcake liners or coat with cooking spray.
2. Combine shredded and dried apples in a bowl with 3 tablespoons brown sugar and 1/4 teaspoon cinnamon. Set aside. Beat oil and the remaining 3/4 cup brown sugar in a large mixing bowl with an electric mixer on medium speed until well combined. Beat in eggs one at a time until combined. Add vanilla, increase speed to high and beat for 1 minute.
3. Whisk whole-wheat flour, cake flour, baking soda, salt and the remaining 3/4 teaspoon cinnamon in a medium bowl.
4. With the mixer on low speed, alternately add the dry ingredients and buttermilk to the batter, starting and ending with dry ingredients and scraping the sides of the bowl as needed, until just combined. Stir in the reserved apple mixture until just combined. Divide the batter among the prepared muffin cups. (The cups will be full.)
5. Bake the cupcakes until a toothpick inserted into the center of a cake comes out clean, 20 to 22 minutes. Let cool on a wire rack for at least 1 hour before frosting.
6. To prepare frosting: Bring 2 inches of water to a simmer in the bottom of a double boiler. Combine 1 cup brown sugar and 1/4 cup water in the top of the double boiler. Heat over the simmering water, stirring, until the sugar has dissolved, 2 to 3 minutes. Add reconstituted egg whites, cream of tartar and pinch of salt. Beat with an electric mixer on high speed until the mixture is glossy and thick, 5 to 7 minutes. Remove the top pan from the heat and continue beating for 1 minute more to cool. Add vanilla and 1/2 teaspoon cinnamon and beat on low just to combine. Spread or pipe the frosting onto the cooled cupcakes and sprinkle cinnamon on top, if desired.